The WSOP, or World Series of Poker, is an annual event that attracts some of the best poker players worldwide. If you’re lucky enough to be playing at the WSOP, you’ll want to know the unspoken rules. There are a lot of unwritten rules when it comes to playing at the World Series of Poker. Some of these might seem obvious, while others may not be so apparent. In any case, it’s always best to avoid caution and be respectful of your fellow players. Here are a few examples:

2. Don’t show your cards to anyone who isn’t involved in the hand.

Once the hand is over, you can feel free to share your cards with anyone at the table. But while the hand is still going, only those involved should know what you have. This unspoken rule is a basic rule of poker etiquette, but it’s worth repeating. Beginners sometimes make the mistake of showing their cards to spectators or people who have already folded. Doing so is a surefire way to irritate your opponents.

3. Be mindful of your body language.

Your opponents will be reading your every move, so it’s essential to be aware of your body language at the poker table. Avoid fidgeting or making any sudden movements that could be interpreted as tells. If you need to take a break, politely excuse yourself from the table and return when you’re feeling more composed.

Speculating about what another player might have is considered bad form, even if you’re joking around. This type of talk can make your opponents uncomfortable and cause them to play more defensively. If you have something to say about another player’s hand, wait until the hand is over before opening your mouth.

5. Don’t slow down the game with talking.

Poker is a game of focus and concentration. When you’re involved in a hand, you must limit your conversation to just the necessities. Chit-chatting with your opponents will only serve to distract them and slow down the game. If you want to socialize, save it for between hands.

6. Be respectful of other players’ chips.

When reaching for your chips, it’s easy to brush up against another player’s chips accidentally. If this happens, be sure to apologize immediately. Likewise, try not to handle another player’s chips without permission. Touching other players’ chips is a significant invasion of personal space and will not endear you to your fellow players.

7. Don’t use your phone at the table.

Understandably, you might need to take a call or check your messages at some point during the game. But when you’re involved in a hand, it’s considered rude to use your phone. If you must take a call, excuse yourself from the table and step away until you’re finished. Checking your messages can wait until after the hand is over.

8. Respect the WSOP dealers and staff.

The WSOP dealers and staff make sure the games run smoothly. They deserve your respect just as much as your fellow players do. Be polite and follow their instructions, even if you disagree with them. If you have a problem or complaint, take it up with a supervisor instead of causing a scene at the table.

When you make a bet, place your chips neatly in front of you so they land in the pot. Avoid throwing your chips into the pot or scattering them carelessly, otherwise known as splashing the pot, and it’s considered horrible manners. Not only is it annoying for other players, but it can also lead to misunderstandings about how much you’re betting.

Nobody likes a bad sport. If you lose a hand, don’t get angry or take it out on the other players. Accept your loss with grace and dignity and move on to the next hand. The same goes for winning. Don’t boast or rub it in when you win, as this will only make the other players resent you. Just stay calm and collected and let the game come to you.

Being a part of the WSOP is an unforgettable experience, but it’s important to remember that poker is just a game. We’re all there to have fun and test our skills against the best players in the world. So relax, enjoy yourself, and play your best. Who knows? Maybe you’ll be the one walking away with a bracelet. If you’re just beginning to learn poker but would like to understand the world series of poker game better, try to play wsop online. Keep practicing your way to the WSOP today by signing up and playing poker games at GGPoker, the world’s largest poker room! 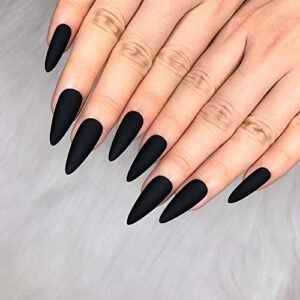 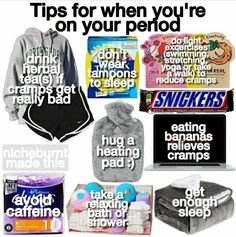 Betting Tips In football betting, there are many different terms, even local slang words are also used, so that not...

It is not difficult to bet on sports and make money. On the Internet, you can find many bookmakers that...

13-card rummy is one of the most popular card games in the world, and for a good reason. It's simple...

When it comes to making money by betting on sports online, you aren’t supposed to ignore the significances of betting...