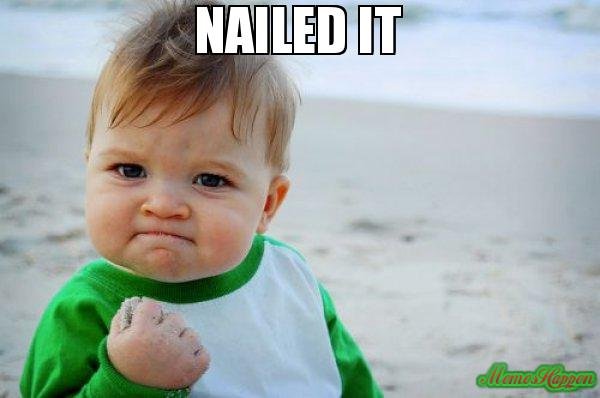 The “Nailed it” is one of the most sarcastic and funniest meme phrases of the meme world. It’s origin is unknown because it is very commonly used. The year in which this phrase was first use dates back to 1998, but the memes came fairly later. This phrase was used in a mocking way when achieving a difficult goal with very ease. In the meme universe, this is used in a sarcastic manner, criticizing the success.  This meme phrase could be used with many different hilarious images in context to different memes. Just two words : Nailed & it were enough to make this meme hysterical.

SPREAD AND IMPACT: Nailed It Meme

Nailed it memes became very famous as soon as people realized they could criticize people, objects, ideas and what not. After a while the “nailed it” phrase also started to get used in the failed attempts to recreate something. Meaning, if people saw delicious cookie images on the internet, tried to bake them at home and failed miserably, they could post both the pictures and write “NAILED IT!”

These kind of recreations actually got very famous on various sites such as : Meme Centre, We know memes,  Smosh, My food looks funny, Craft Fail etc. On twitter, it got retweeted more than 52 thousand times. In early 2013, even a facebook page called “Nailed it” memes was created but it has not been updated from a long time.

THE BEST “NAILED IT” MEME

WHY DO WE CHOOSE TO SEE MEMES EVERYDAY?

Memes have become an integral part of our social media culture now. Every social media : Twitter, facebook, instagram, youtube, reddit etc has memes. All of these platforms have memes for one good reason : They make us happy. We might be depressed or sad due to various problems in our life. In the era of 2022, everyone has problems. Starting from teenagers to adults, we all fight our own circumstances and forget to smile everyday because we are stressed. But thanks to the meme culture we get to see funny jokes, share them with our loved ones. This sharing in fact creates a cycle of sending and receiving which human beings tend to like and enjoy. People might not realize but memes play a significant role in our day to day life to make us feel more happier and relaxed. 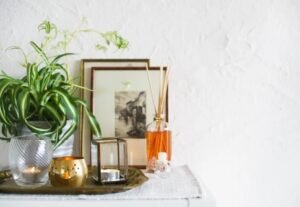 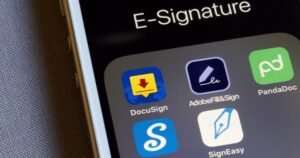 Next post eSignature Basics: The 5 Key Factors You Need to Consider

Weapons and Ivory are two things that do make an impact around the world. Hence, it does seem to be...

Almost three years after a wave of celebrity private photos leaked online, "The Fappening 2.0" appears to be in full...

Baki Hanma is the main character and protagonist of the anime series Baki the Grappler franchise. Baki the grappler is...

Memes are quite popular on social media and the entire social media is now running on software, hence hacking term...