Autonomous Killer Robots that can fly and kill a person does gave many negatives than positives as one can’t know what a human can do. Hence, an incident in Turkey does show the fact that to some extent it has started to implement. But is it inviting bad times in future. In Labia back in 2020, there was drone hunted that was hunting people and trying to harm them. Report Turkishmade Libyastanleygizmodo.

Despite the owner denying any knowledge of this, it does show the fact how things can wire. As walking robots take time and effort to make an impact, one can show the fact that big nations with huge impact have to look about future and make hard rules so these things can’t happen. There are more good people than bad in this world. But even that small amount is huge in numbers; hence, one has to take care of these things.

It is like North Korea having nuclear power as the world knows that they can do many things that probably a nation Pakistan would never think of, forge about other nations with great vision. This is why these incidents which are happening around the world do make an impact. There are cameras at many places and these things can be captured. But the cameras are not everywhere. Hence, these things should be taken of. As the world is not ready yet for this, many bad people can make an impact and killing people without leaving any proof. As they can destroy that drone or robot at any given time, it can indeed open many lacunas that are very hard fathom. Killer Drone Hunted Down Human Target.

This is why it does show the fact that one has to play it very well. Otherwise, things can’t be very hard to make an impact with. This is what shows the fact that one has to move forward in a better manner. Otherwise, the world can see many good people leaving the world soon. These are indeed hard words – but can see it as a reality. It does show the class and impact in the very best way. Hence, it does open windows to learn and implement things at the very best level and create things happen.

“The lethal autonomous weapons systems were programmed to attack targets without requiring data connectivity between the operator and the munition: in effect, a true ‘fire, forget and find’ capability,” the UN Security Council’s Panel of Experts on Libya stated in the report.

It does show the fact that the world is looking at these issues. And these are the field big nations have to spend despite the world is facing other major issues like COVID, which is the problem of now and possibly future in many different ways. Scientists Are Drones To Down Human.

But COVID can be stopped to some level that can’t harm the nation that much as other things can do. This is what makes an impact in an aim to place the world a better place. Hence, they do want to move forward and make an impact. 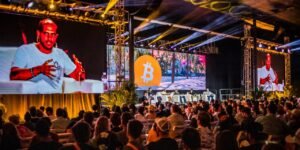 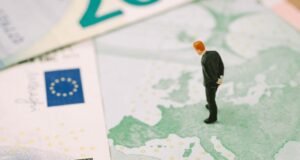 Next post 81000 UK-Owned .Eu Domaine Faces Exit As Brexit Transition IS Over

It feels as Mozilla is doing something new as they are sharing the rally data with Scientists than advertisers. This...

In June 2016, the United Kingdom took a huge decision and that was to end its run with the European...