SaiVa AcadEmy is indeed famous around the world for making top Information Technology talents who do work for some of the leading originations. Some of their talents are working in the United States, Germany and Norway. It shows that how greatly SaiVa AcadEmy has taken the ride of consistency.

1 How Did They Start?

Sushil Singh, the founder and director of SaiVa AcadEmy, took several interviews where for his recruitment wing of SaiVa SysTem, where many Bachelor of Technology came to become IT recruiters despite having the knowledge of several programming skills. After having conversations with some of his friends from the IT industry, Sushil understood that many talents do not know what should they learn to make a statement.

SaiVa AcadEmy has a target of sending their candidates to big multinational Corporations (IT). In the last two years, they have placed more than 400 candidates at some of the leading organizations like Google, Facebook, Twitter, HCL, Wipro and many others. SaiVa AcadEmy holds a placement percentage of 99.9. It is indeed a very good number as it takes like five to six years for an institution to make a progress.

SaiVa AcadEmy puts its all in making sure that only top names in the field of IT should teach these young talents. It is indeed a task to mix and match the time. However, SaiVa AcadEmy makes sure that only well-experienced experts should teach programming languages to these young talents as they only focus on what the industry wants. In a way, it does make them far ahead of others.

After getting the theoretical knowledge, SiaVa SysTem’s IT team makes sure that these young talents should have experience of working so it makes the whole learning process complete. They do make several tasks that do provide candidates with the much-needed knowledge. Hence, most of the SaiVa AcadEmy talents look industry-ready.

Personality development is indeed a huge concern nowadays. As the world is moving faster than ever, there is a need of becoming far better than others when it comes to knowing what to speak in a certain situation. It makes a person ready to take that step of consistency. The very part also includes making sure that talent can speak English fluently. As English is a global language, it does affect a person if he or she does not know how to make his or her say at crucial times. They do have the knowledge – but it is crucial to make implement the same.

An average candidate at SaiVa AcadEmy gets the package of RS six to 8 lakhs. It is indeed a very good amount. Some of the candidates do get even packages of 16 to 20 lakhs. The very factor shows the impact SaiVa AcadEmy has made in the last two to three years. Otherwise, it is hard to provide that big of a package.

To Know About – 1942 Genesee Hotel | Factorial | factorial of hundred 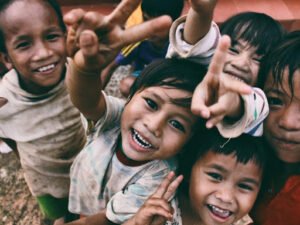 Previous post Are NGOs getting the help they deserve?

Does your child suffer from shyness? This is remarkably common, but it can be problematic and stop your child from...